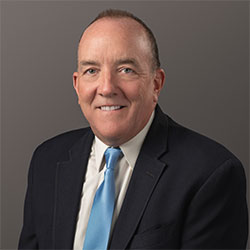 Mike is a recognized industry leader with more than 30 years of experience. At LiRo, Mike spearheads the efforts for national expansion and new market opportunities – playing a critical role in extending LiRo’s reach to California, the Gulf Coast, and the Caribbean. He also serves as project executive for numerous significant projects including national disaster recovery and resiliency programs and the Northeast’s largest higher education and healthcare/research projects. Other noteworthy programs include the recent multibillion-dollar Hurricane Sandy responses in New York and New Jersey, and Mike’s leadership for the historic responses to the 9/11 World Trade Center recovery in New York and Hurricane Katrina in Louisiana.

Before joining LiRo, Mike held executive roles with URS Corporation and the NYC Department of Design and Construction overseeing capital program portfolios with values exceeding $50 billion. He received his MBA from Fordham University and his Bachelor’s Degree from Manhattan College. Mike is a licensed Professional Engineer.